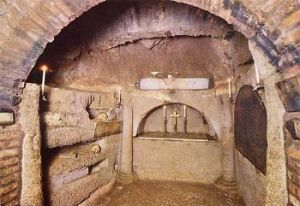 One of the most emotional things for me is to hear the number of new Catholics who are welcomed into the Church during the Easter Vigil Mass each year.  This Saturday, one of my readers, Antoinette, will become Catholic. She is 29 years old, gorgeous (!) and, like many of us, struggling to trust in the Lord and His plan for her life.

I asked her about her conversion story and she shared it with me.  It was so beautiful.  She gave me permission to share her story with you and I felt this week was the perfect week to do so.

Please join me in praying for her as she crosses the Tiber and begins her Sacramental life in Christ.

My conversion was a long process which began when I was about eight years old in a Southern Baptist church in New York City.  In this denomination, children participate in a scripture memorization competition called the Bible Drill. My instructor encouraged me to familiarize myself with where the passages verses were found in rather than simply memorizing the verses themselves.

While putting her advice into practice I stumbled upon John 6:55-56, “For My flesh is true food, and My blood is true drink. He that eats my flesh, and drinks my blood, dwells in me, and I in him.”  When I read it I thought, this sounds like what Catholics believe.

Up until this point I had heard that Catholics had no scriptural basis for any of their doctrines but these verses did not seem symbolic, even with my eight year old intellect. I decided that I’d keep an open mind if I ever came across any books on Catholicism written by Catholics.

Years later when in Junior High, I was flipping channels and saw a new channel, EWTN, and it was the first time I encountered Catholic teaching from practicing Catholics. I found the teachings to be as sound as what I was being taught in my Baptist church so I continued to watch for years.

As I grew older, chastity, the virtues and orthodoxy became more important to me but I felt secure in my protestant tradition, until College when I studied abroad in France.  There I lived with an atheist family that knew I was Christian and encouraged me to go to church every Sunday (completely unexpected right?).

When I set out about finding a church I realized that I was unlikely to find a Southern Baptist church in my French town but I was hesitant to attend the local Catholic church for some reason.

Over dinner one evening my host family asked me what exactly I was protesting since I was so insistent on being a Protestant, and I had no answer.  I began studying the faith and was drawn to it more and more.

I was also struck that whenever I encountered an ancient Christian denomination’s worship services in videos online (Copts, Ethiopian, Greek Orthodox) they looked extremely Catholic and completely unlike my Southern Baptist church. 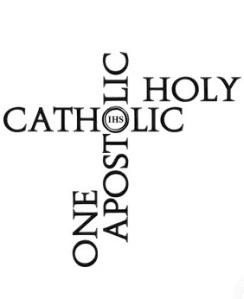 I eventually became convinced that this was the true Church and finally entered RCIA. When I told my parents they were very supportive and I learned surprising things about their pasts in Jamaica.

My mother used to teach CCD as a teenager until the family moved away from the local church. My Dad was educated in a Catholic elementary school and his Christian foundation came from the priests. He even knew Fr. Richard Ho Lung of the Missionaries of the Poor in Jamaica.

God love and bless you!

p.s.s. Check out all my posts listed by category here!