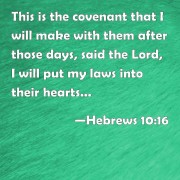 The following note is a beautiful testament to the fact that the wisdom of Chastity is not just a Catholic thing.  The truth about our dignity and our design is written on our hearts. Joanna responded to the post “Stop Sleeping With Him” and she is a therapist who helps college-aged women. The note below includes her comments as well as a follow-up email exchange between us this weekend. She has a heart for young women and I feel so blessed to have met her.  Thank you, Joanna for taking the time to reach out with love and compassion!

I stumbled across your blog. I am not Catholic and am not religious, but I can’t agree more. I wish there was a corresponding value for secular folks without the religious connotation so it wouldn’t be rejected right away as being “prude.” I work with college aged women doing therapy with them and I cannot tell you how many times I want to shake them for being so blind to what they are doing to their self-esteem and perception of their own worth. Also, by doing things you don’t hold in high esteem, and behaving in a way that suggests you don’t value yourself, you start to believe it and actually lower your perception of your worth.

I was extremely promiscuous and the opposite of chaste. I thought it was the way to go. I had some fun, but now that I’m older I realize how much I wish I would have done less. I am very happily married to a man who fully respects me and chased me, and I am so fortunate, but I still wish I could know he was one of the only people. I know you mean chastity as you describe it and I mean acting much more in line with that value but not quite as strict, but it’s an important thing for women either way. As you said, men are the gatekeepers of commitment and we are the gatekeepers of sex. If we just give it away, we’ve got no cards we haven’t shown yet. We’ve gone all in and ruined his perception of us. The girls I work with are so confused when they sleep with a man the first night after drinking (being too drunk, another terrible thing for women), and he wants nothing to do with them while they hope they can have something.

As you said, it’s harsh, but men enjoy sleeping with easier women but they will never commit to them. They truly don’t see them as marriage material. It took me a long item to learn it but it’s never too late. Changing my viewpoint and wanting to be seen more as a lady and letting my strong man be a man has been an amazing life changing experience. Anyways, even though we have little in common in some aspects, I appreciate what you’re doing. I didn’t know it was such an epidemic that nice Catholic girls were staying single against their wishes. I feel like if they are patient, a real man will really appreciate and cherish them because of their value to not be used by so many men before him. That’s so hard to find these days. Early in my twenties I never would have understood or believed this, but at 32 it’s clear as a day. And I hope the younger girls don’t get hung up too much on finding a man- that is man repellant! Do your thing and good things will come sooner or later. I didn’t get engaged until 31.

It was so weird. I felt compelled (as you all would say, “called” :-)) to write that comment on your blog. Even if I can spare one young woman the feelings of isolation, rejection, and shame that can come with “giving it up” before a man has laid down his life for you, it would be worth it. I guess I thought maybe I could provide some insight from my unique perspective. I know some of my friends who are married and who only had sex with their now husbands or had very few partners sometimes ask me if they missed out. I can tell you as the cool, pretty, fun, popular party girl who also slept around, “NO, You did not miss out!” Honestly, the chances of having a rewarding experience with a man you don’t very well who you do not fully trust are slim to none. Physically it is not rewarding because it takes more effort and communication to make us feel good 🙂 and emotionally it is definitely not rewarding; it is the opposite of rewarding. It meets very specific, immediately gratifying needs, and if someone has those needs in the first place, I suggest they talk to  counselor or priest or friend or whoever, because to me that is spiritual bankruptcy. That’s what I was, spiritually and morally bankrupt. As a psychologist I learned that after sex, both sexes experience a release… For women, it is oxytocin, which strengthens our emotional connection to the person we just slept with and gives a strong desire to attach. Do you know what the corresponding hormone does in men? It makes them sleepy! If that doesn’t say it all right there…

But I get the sense that maybe sometimes even the nice and very faithful Catholic girls, like the ones who read your blog, wonder if they should just say “F it” and do what it seems like every other woman is doing or give in to a man’s pressure, and I felt compelled to say that THE GRASS IS NOT GREENER, and once you do it you cannot take it back. You can recover and grow and move past it, but you can’t reverse it. I look at it like the wrinkles I caused myself because I didn’t listen to my mom about not tanning and always wearing sun tan lotion. Now, I can do things to maintain my skin, but I can’t undo the sun damage and wrinkles. Having a lot of partners, or even more than one, in some cases, does not make you “damaged,” but you cannot go back. I hate that my sweet man, who knew I was a woman with a bit of a past but loves me anyways because he knows we have both changed, has to know he was not my only one.

My experiences make me who I am, so I value them, but if I have a daughter I will try to get the message to her. My poor mother tried with me, but I thought I knew way better and that she was a prude. So now I try to convey it to the women I work with. Even just getting them to commit to “no sex without being in a committed relationship” is a big first step. And I think nice God-fearing women who are not shut down so to speak are capable of way better.

Guys can be very convincing and the smoother and more cunning ones can smell a low self-esteem from a mile away. Some are well-meaning but still get swept away with their immediate wants. Project confidence and know your worth, and if he won’t be with you because you won’t sleep with him, you really dodged a bullet. Let him say whatever he wants to you or about you, (it’s just because he feels rejected and wants to protect his ego and maintain his pride), you retained your power and dignity, and he showed his true colors. Other people will know you would not go there with him and they will respect you, and the right man might hear that and be very impressed.

Another way it was put to me that really got me is that sex is not as big of a deal to a man because his “part” is external. Nobody is going inside his body when he has sex. For a woman, sex is like inviting a guest over to your house- it is much more personal to have someone in your home than to stop by someone else’s home. It’s someone in your space. When we have sex with men, we allow them in our house, and they just get to stop by if they aren’t planning on staying. That’s why it is more personal and intrusive for us if this isn’t the man we completely trust to take care of our house. Anyways, now that I’ve written a novel and told you my life story, please use whatever you like. As a reformed promiscuous woman please feel free to ask me if there is any topic with which you think my perspective might be helpful.

God Love and Bless you!

p.s.s. Check out all my posts listed by category here!

5 thoughts on “Truth Is Written On Our Hearts”